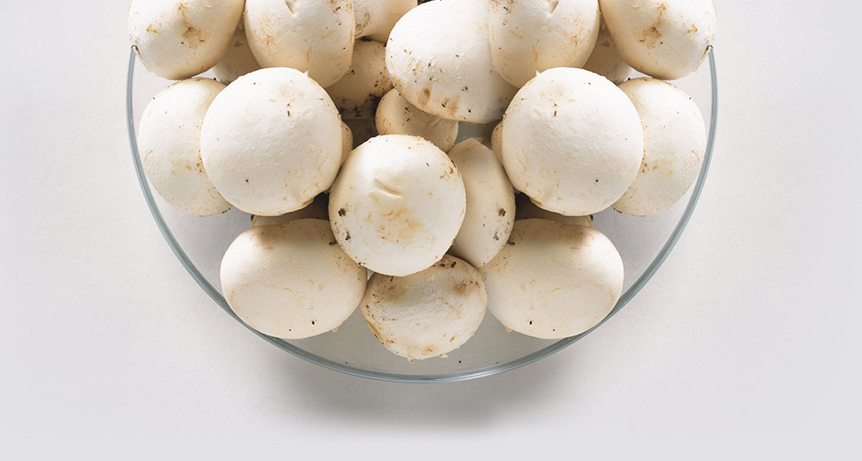 Trehalose is a naturally occurring carbohydrate that can be produced by a number of microscopic animals and plants. It is particularly abundant in mushrooms, therefore, it has historically been called mushroom sugar.
Trehalose is usually produced by these animals and plants in higher concentrations in response to environmental stress conditions such as dehydration or freezing. As drying or freezing occurs water is drawn away from important biologic structures in the cells. If this happens to a high degree it can be fatal to the cells and ultimately to the organism. The trehalose can replace the water during these times and spare the organism from irreversible damage.
Owing to its intriguing characteristics, trehalose was expected to have numerous uses, however, it is too expensive to be widely used, because it was manufactured by extraction from yeast, which results in relatively low yields. Other methods of production, such as a fermentative using microorganisms, and genetic modification of plants by inserting enzyme genes were developed, but none of them resulted in commercially viable production yields.
Therefore creating a manufacturing process that would increase trehalose yield and reduce costs was essential technology for expanding industrial use. 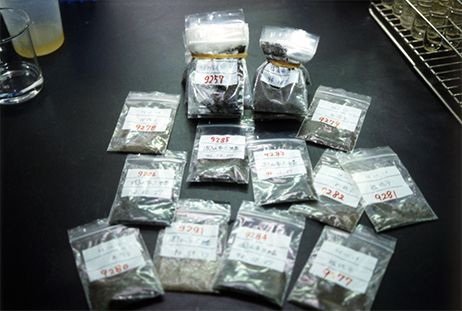 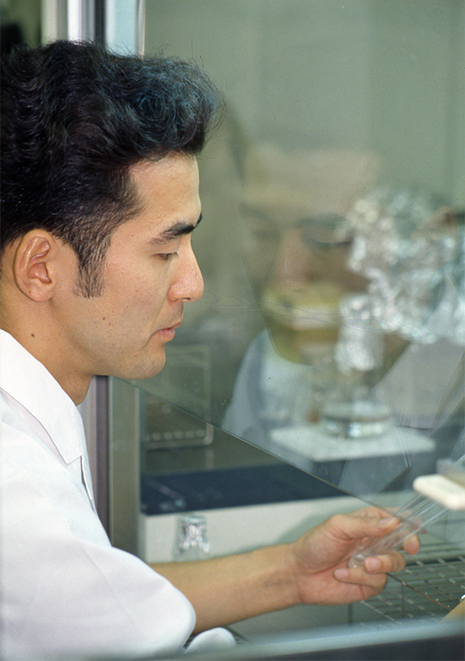 Over the years, Hayashibara Co., Ltd., a research and development company specializing in the production of sugars and syrups from starch, has conducted a variety of food science research using enzymes from microorganisms.

The company has a long tradition of giving a small bag and a spoon to all of its employees and encouraging them to bring back soil samples from their travels far and wide. This micro-treasure hunt is a way to broaden the reach of the company’s researchers, hoping that the soil brought home might contain as yet undiscovered microorganisms and enzymes that will prove useful in the company’s sugar and syrup production. However, treasures are often waiting nearby.

In early 1990’s, one night, one of the young researchers in the company, Kazuhiko Maruta, dreamt of a “sparkling colony” (a visible mass of a single species of microorganisms). Two days later, a microorganism that has trehalose producing enzymes was discovered. Surprisingly, it was found in a soil sample taken right from his company’s home city of Okayama, Japan. This is how the unique enzymes that produce trehalose were brought into being…but the story goes back a little further.

Prior to this discovery, research was being conducted all over the world to produce sugar from starch in an efficient way. One of the major hurdles was that starch has a complex branching structure—like branches of a tree. Researchers knew that if an enzyme that was capable of cutting the branches efficiently could be found, it would be possible to produce diverse sugars with a high degree of purity. During the same time, Hayashibara Co., Ltd. was searching for a microorganism that could produce a branch-cutting enzyme from the mother earth. It was in the spring of 1966, a microorganism that produces this particular enzyme was found under a Japanese persimmon tree in the yard of Hayashibara Co., Ltd.’s research lab in Okayama.

Without the discoveries of these trehalose producing enzymes and branch-cutting enzyme found from the soil in Okayama, it would never have been possible to produce trehalose efficiently. 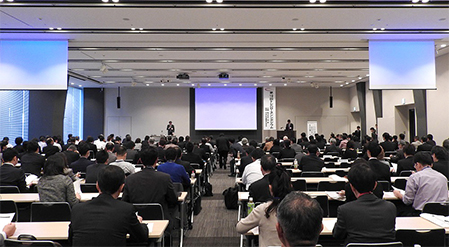 Since the launch of trehalose in 1995, Hayashibara has been focusing on applied research to accumulate knowledge on the functional properties and benefits of trehalose. Trehaloses applications continue to expand in the areas of human food, pharmaceuticals and cosmetics products, as well as animal feeds, fertilizers, industrial materials, and preservation of cultural property.
In order to accommodate the year-by-year increase in production volume, the manufacturing plant was extended in 2016, and a system for enhanced production was also established.
In addition, since 1997 Hayashibara has been hosting an annual event called the “Trehalose Symposium”. The symposium provides opportunities for internal and external researchers to present various research results on basic properties of trehalose, its applications for foods, cosmetics, medical care, and agricultural/livestock products.
Hayashibara will continue to pursue the possibilities of trehalose, an inspiring ingredient to taste, health, and beauty.

Hayashibara’s technologies in microorganisms and enzymes, nurtured by accumulated knowledge and experience, create unique functional carbohydrates for use as active pharmaceutical ingredients or excipients.

Trehalose 100PH can mask unpleasant tastes and odors, improving the quality and acceptability of finished pharmaceuticals such as dry syrups, liquid preparations, and chewable tablets.

Purity/Other
Not less than 99.0%
Application
Packaging
Regulatory Approval
Others

Acts as a strong binder and coating agent
PULLULAN

Pullulan has excellent binding strength and film forming properties, which makes it suited for tablets and granules. Low oxygen permeability of PULLULAN maintains potency of active ingredients when used as a coating.

SUNMALT-S is a spray-dried maltose powder that provides excellent flowability, solubility, and compressibility for oral tablet formulations. Maltose is well known for its safety and mouthfeel qualities, especially in chewable tablets and lozenges.

Purity（Maltose）/Other
Not less than 92.0%
Application
Packaging
Regulatory Approval
Others